Found forty minutes inland from Tulum, the Maya city of Cobá has become a popular destination for tours out of Cancún, and upon arriving, we were disheartened by the number of buses we saw in the lot. But the ruins are spread out across such a wide swath of jungle that the crowds never became overwhelming. This was the final archaeological zone we would be visiting during our 91 days in the Yucatán, and we greeted the milestone with sadness and a little relief. 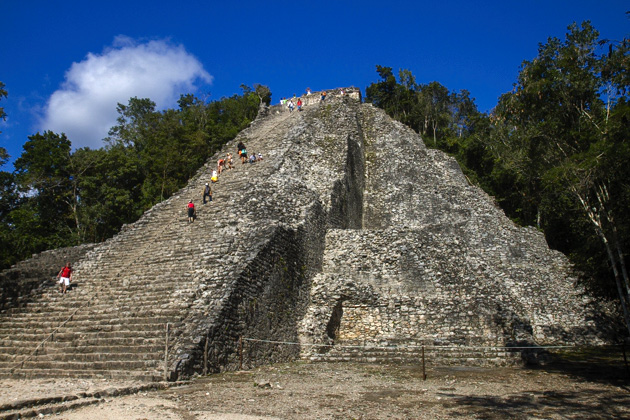 Cobá was established around AD 100, and reached its zenith seven hundred years later, becoming one of the most powerful kingdoms in the northern Yucatán. The city is centered around two large lagoons and occupies a vast area, only a fraction of which is open to tourists today. Cobá has only recently been linked to the highway, and for most of modern history, was inaccessible to all but the most intrepid visitors.

Cobá is split up into three main clusters of ruins connected by sacbeob, or Maya white roads. Bicycles can be rented to get around between the groups, but we decided to walk. This was a mistake. The sets of ruins are about a kilometer apart from one another, and a bike would have made our visit much quicker and easier. 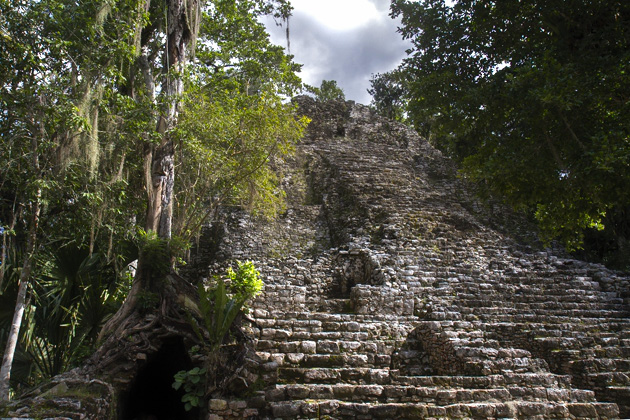 The first group of ruins had some buildings and a small ball court, and the second group had a few stelae (ceremonial columns carved with hieroglyphics), but neither were all that compelling. So far, we were rather disappointed. We had been hiking for a long time through the jungle, and were hot and miserable, but finally we arrived at the third set of ruins and laid our eyes upon the pyramid of Ixmoja. Cobá was about to be worth the effort, after all.

At 42 meters in height, this is the tallest pyramid on the entire peninsula, higher than Chichén Itzá’s or that of Ek Balam. The climb to the top was difficult, but the view was breathtaking, encompassing not just the jungle, but the lagoons around which Cobá is situated.

During our time in the Yucatán, we visited nearly twenty Maya archaeological zones. Each had something different to offer, and it would be difficult to pick a favorite. But climbing Cobá’s pyramid and looking out over the lush green jungles of the Yucatán felt like the perfect way to close our journey into the world of the ancient Maya. 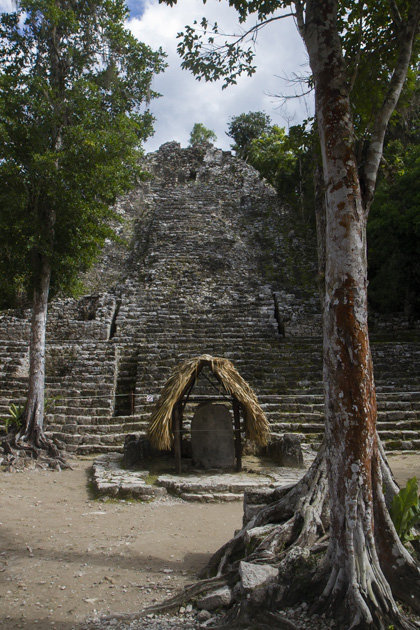 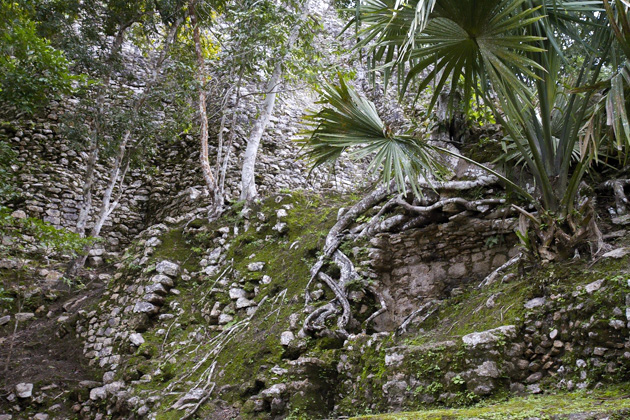 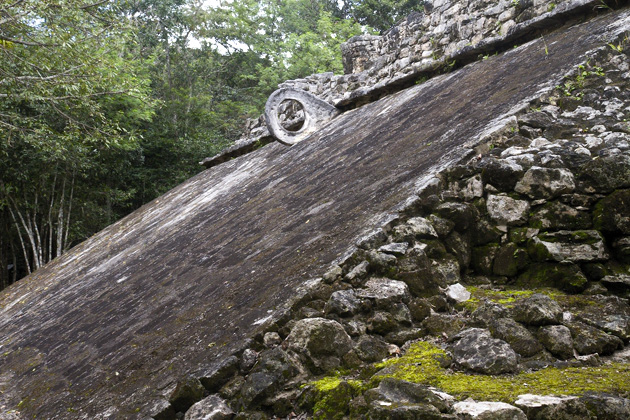 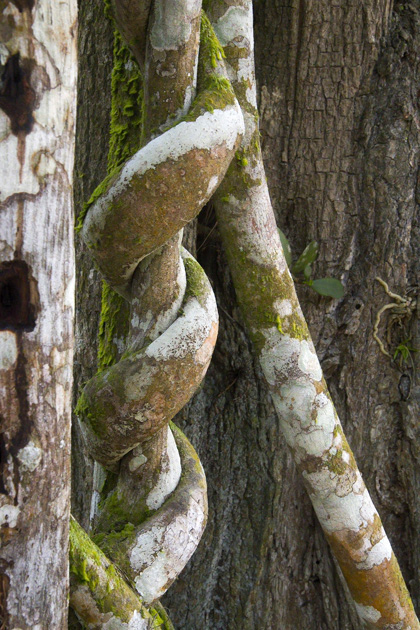 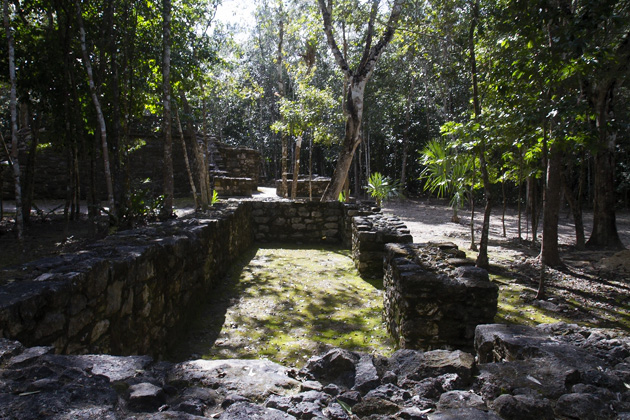 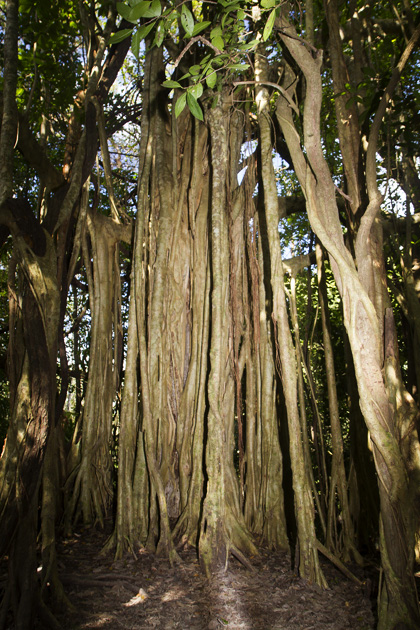 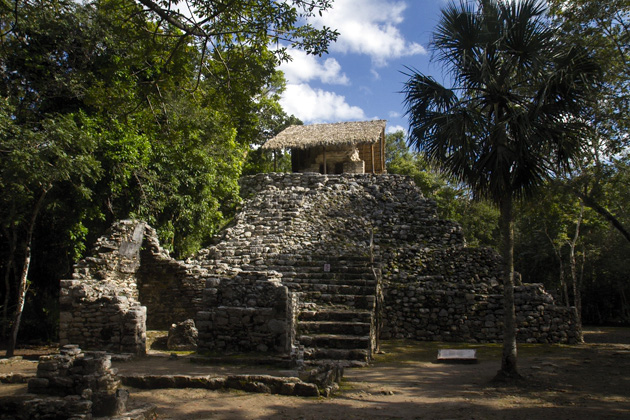 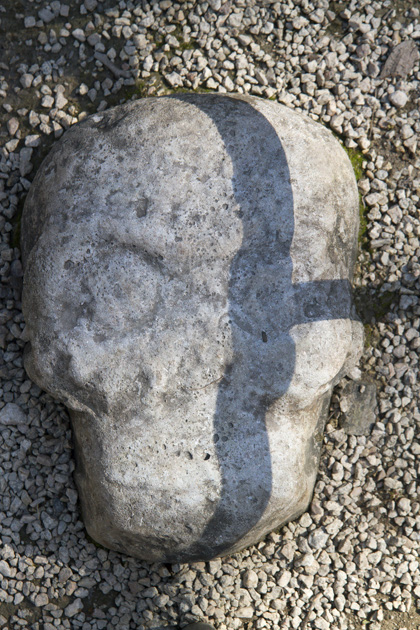 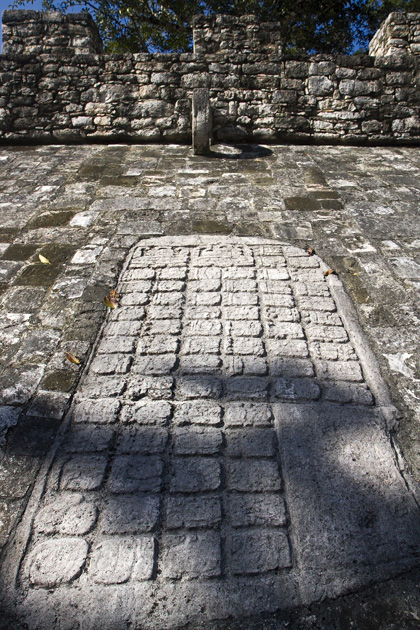 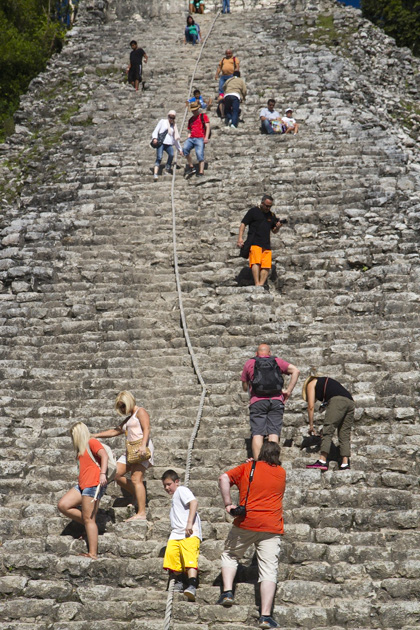 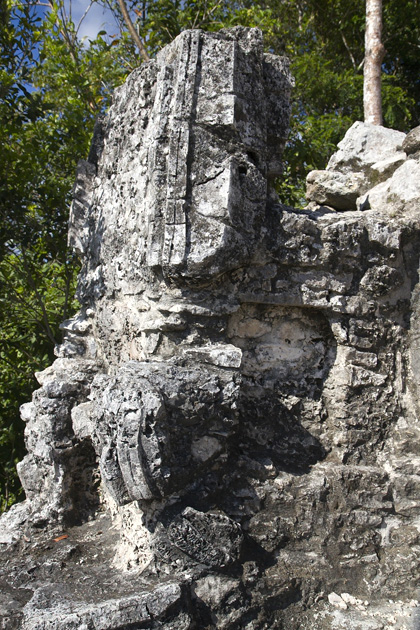 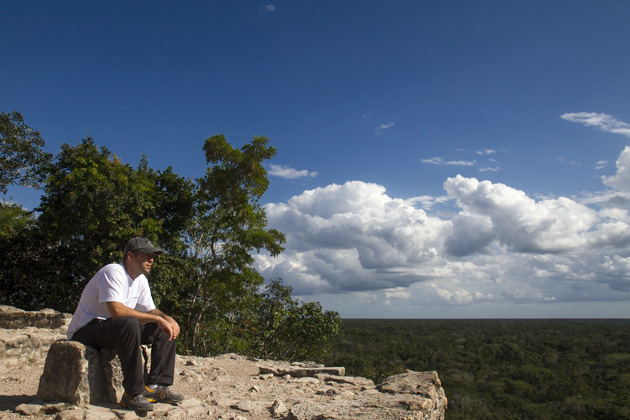 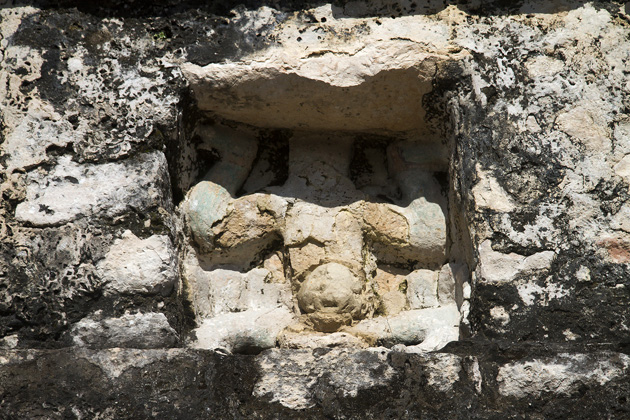 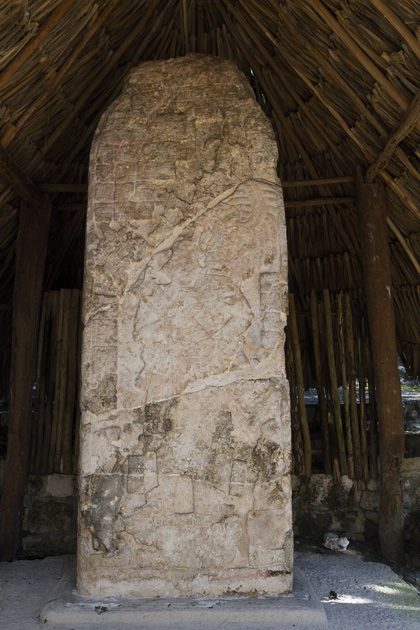 Mayapan – The Final Capital of the Maya

The Ramparts and Museums of Campeche