Although speeding toward a depressing hegemony, most of the world’s Christian countries still maintain some yuletide traditions that are all their own. Jürgen and I aren’t big Christmas freaks, but we do enjoy learning how different places put their unique spin on the holidays. 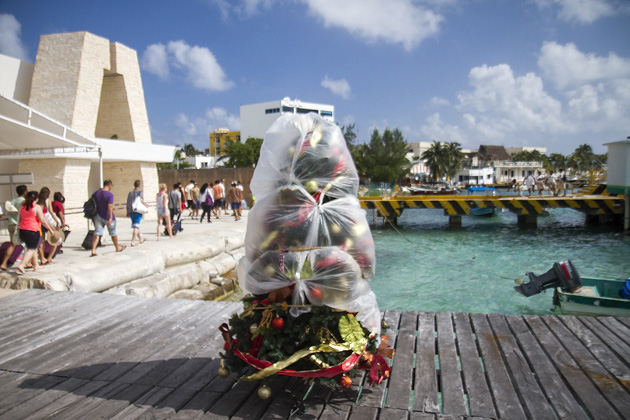 In the Yucatán, as throughout Mexico, the Christmas season officially kicks off on December 3rd with the feast of the Virgin of Guadalupe. We try not to think about Christmas until the day before it arrives, and so were caught totally off-guard when on the evening of the 3rd, a street party kicked off right outside our house. We lived in a quiet, residential place, but tonight our neighbors were dancing to the rhythms of a slurry crooner until well after midnight.

The days leading up to the 25th see a series of processions called Las Posadas, during which children walk around their neighborhood, re-enacting Joseph and Mary’s search for an inn. After attempting to find shelter at two different homes, and being twice turned away, the children will be welcomed by the third house, where there’s a party and a piñata to smash. This tradition was started by Mexico’s Catholic evangelicals, as a teaching tool for the indigenous population.

The classic Christmas piñata is star-shaped with seven points that represent the seven cardinal sins. The bat wielded by the eager little Defenders of the Faith represents Christian righteousness. And the candy represents the rewards of placing your faith in God. I’m sure that the bat-swinging candy monsters put a lot of stock in all that symbolism. 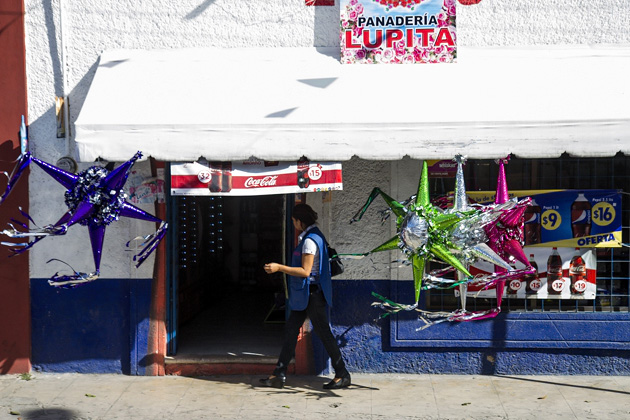 Most households in the Yucatán have their big feast on Christmas Eve, leaving Christmas Day as a time for rest. Indeed, when we ventured out into Mérida on the 25th, it was a ghost town. There was almost no traffic, and the few people we saw were stumbling either into or out of a bar.

The next party is New Year’s Eve, which is celebrated mostly among family, and not out in the streets as in the US or Germany. This was another surprise for us. We were planning to join the festivities in our local square, but when the clock struck midnight, we were the only people present. We ate our twelve grapes in unison with the striking of each bell at midnight, and ambled home. The grapes are a tradition inherited from Spain, as is a belief that wearing red underwear on New Year’s Eve is lucky.

Another tradition of the Mexican New Year is the creation and destruction of an effigy in the shape of an elderly man, made of papier-mâché and used clothes, who is supposed to represent the past year. There’s nothing better for ringing in a prosperous año nuevo than setting fire to an elderly person. 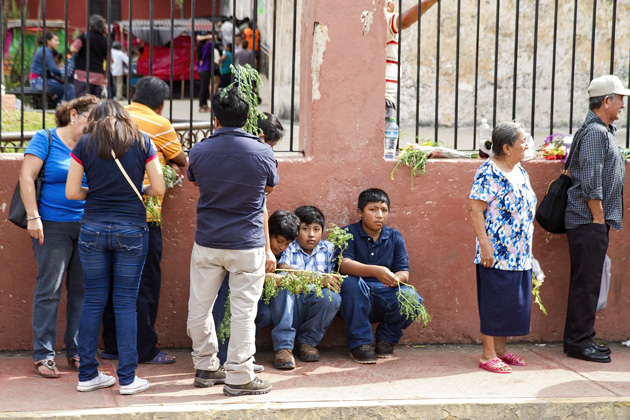 January 6th is Three Kings Day and we made sure to be in Tizimín, which is home to the largest celebrations. This town is the state’s cattle capital, but transforms into a center of pilgrimage during Three Kings. I couldn’t believe the line of people waiting to get into the cathedral… it stretched around two blocks. We watched proceedings from Tizimín’s most famous restaurant, named (appropriately enough) Los Tres Reyes, which boldly claims to serve the best food in the world. Quite a boast, but having tried their arrachera steak, I’m not inclined to disagree.

Location on our Map: Tizimín 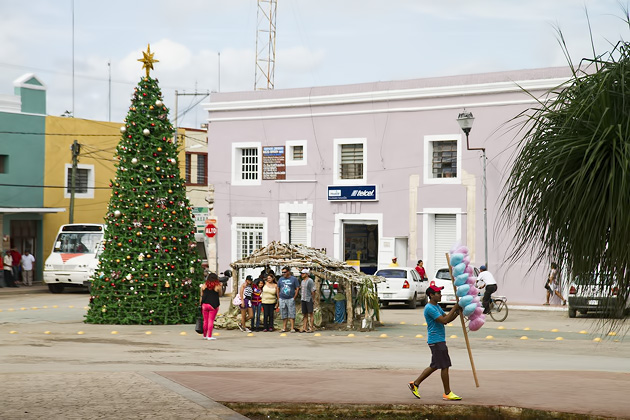 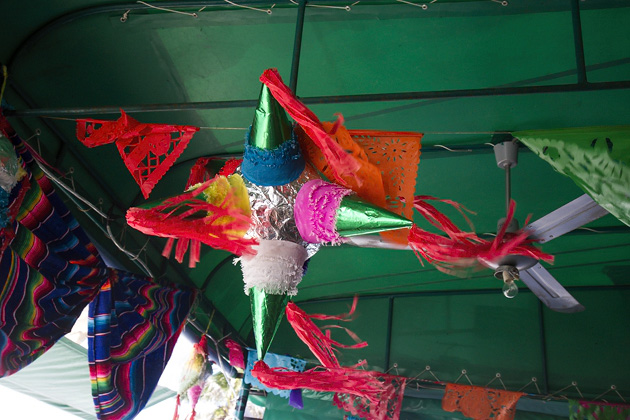 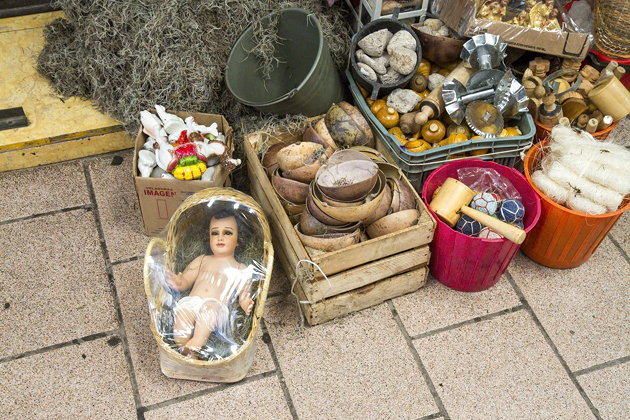 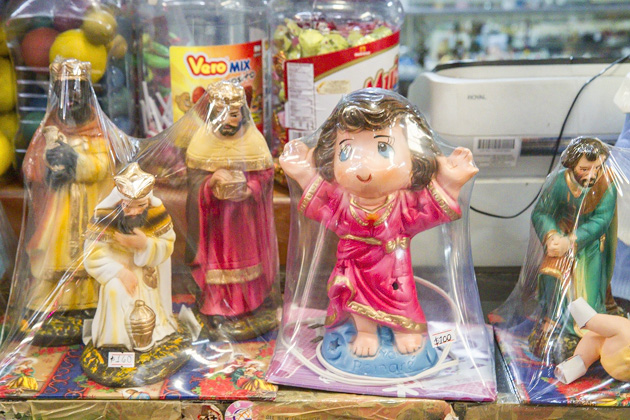 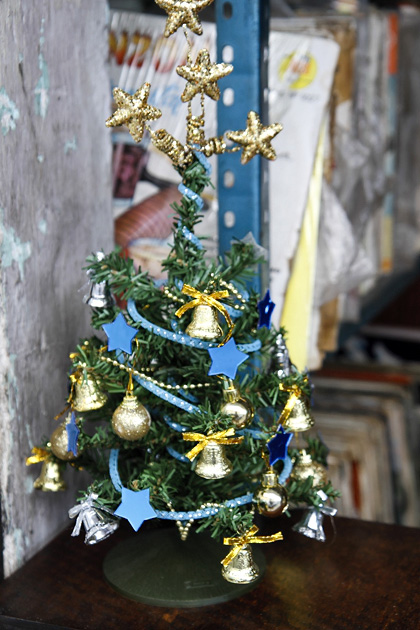 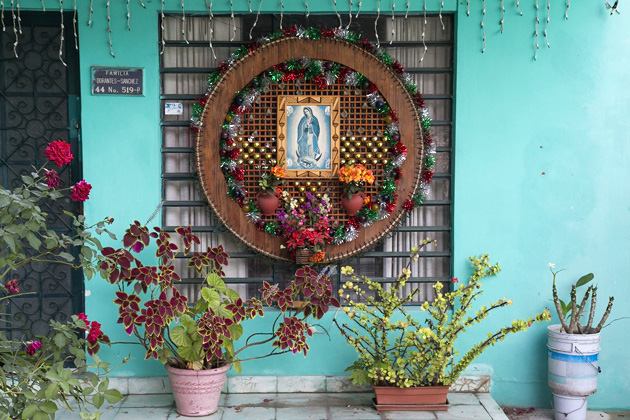 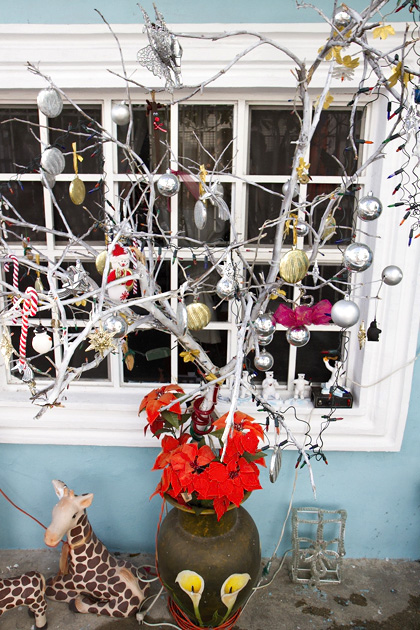 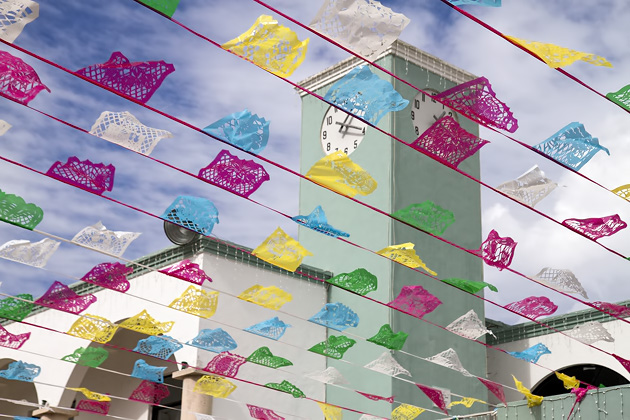 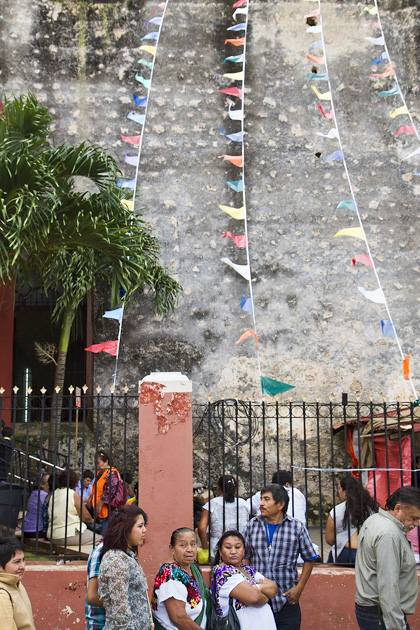 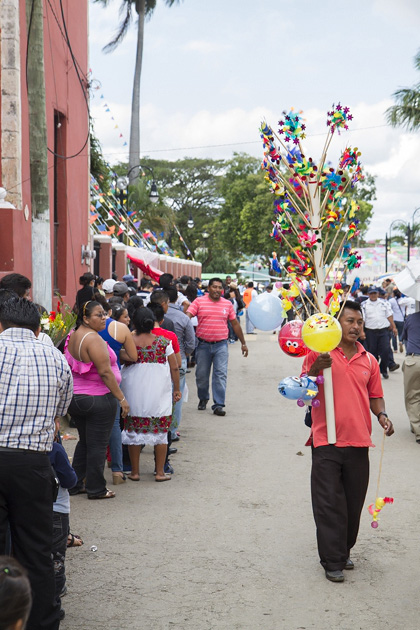 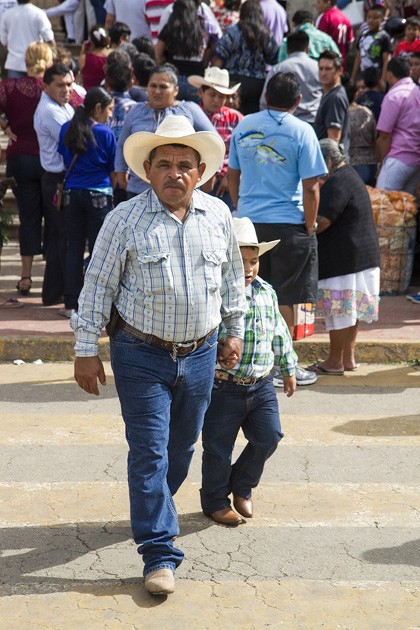 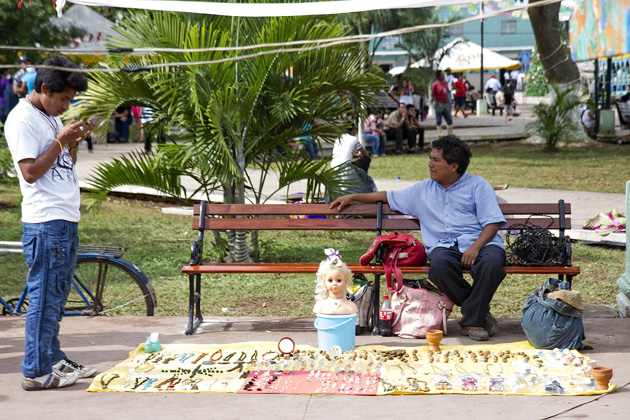 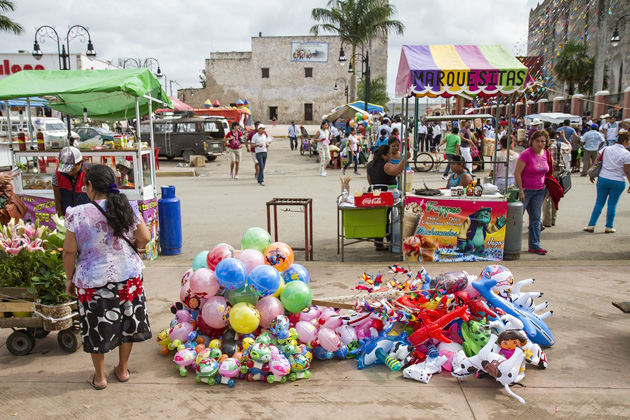 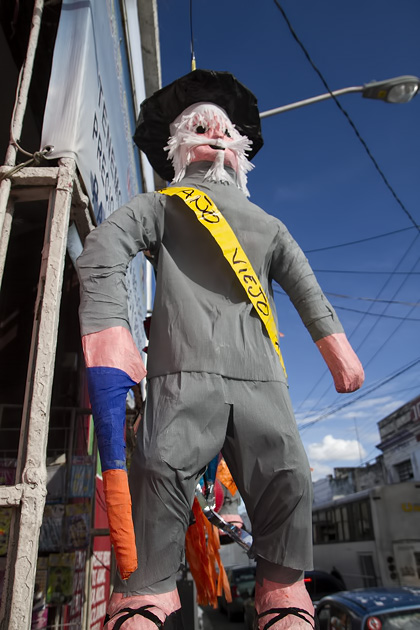 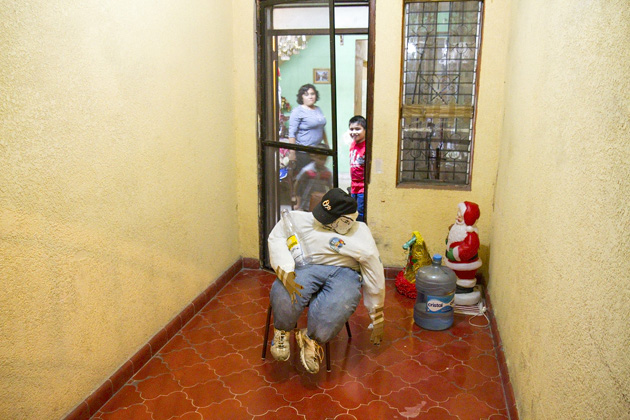 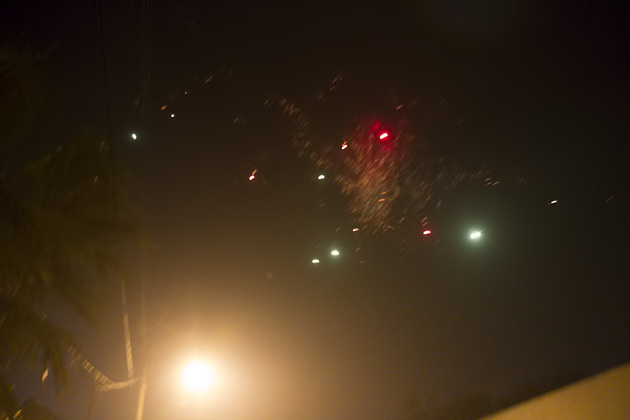 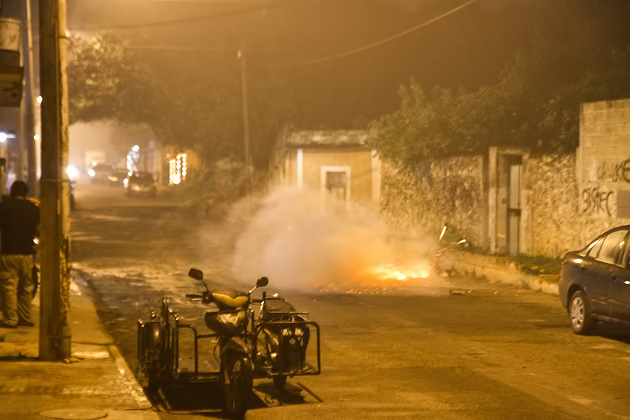 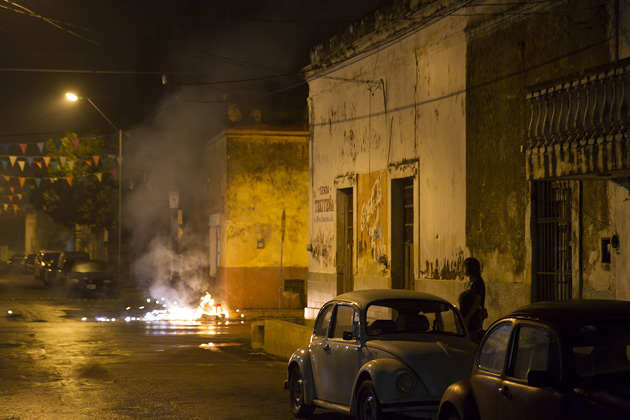 A Tour of Mérida’s Markets