The Life of a Baron in the Hacienda Temozón

The Life of a Baron in the Hacienda Temozón

The gate of the Hacienda Temozón functions like a time machine, transporting you to an age when the Yucatán was among the richest areas in the Western Hemisphere. The henequen boom was a period of unimaginable wealth for the Yucatán… if, of course, you were among the lucky few who owned land.

I’ve always wondered how the ruling elite of grossly unequal societies can justify the abject misery suffered by the common people. I mean, how do they reconcile it, within their private souls? The landowners of the henequen-era Yucatán were no dummies; they were aware that their grand mansions and dainty luxuries were bought and paid for on the broken backs of an oppressed people. How could they sleep at night knowing that?

Most likely, they slept very well indeed… we started to understand that at the Hotel Temomzón, where we lived like barons for one glorious day. In the evening, as the sun was settling down, I stretched out on a hammock overlooking the hacienda’s garden with a tamarind margarita. At that moment, if someone had approached me with the choice to return to the 1800s as either [1] a spirited revolutionary fighting for social justice, or [2] a filthy rich landowner grown fat off the labor of others, there can be little doubt which box I’d have ticked.

The main hacienda building has floors with original tiling, photos of famous guests like Bill Clinton and George W. Bush, a billiards hall and a restaurant on the patio. Behind the mansion is a beautiful pool and an old factory, with ancient machinery still in place. We loved walking through these equipment rooms, especially as they’re covered in old-time photos of life during the boom years.

Our room was in the former carpentry building, and I don’t even like thinking about it. It’s depressing that I’ll never be staying there again. The bathroom alone was a thing of perfection. The room was cavernous in size, and had an incredibly powerful shower that immediately turned on at exactly the right temperature. Sigh. Don’t ask me to describe the bedroom… the memory may reduce me to tears.

We woke early enough for a morning trip to the hacienda’s cenote. Three kilometers away, it’s reached along old railway tracks previously used to transport henequen. Climbing aboard a creaky wagon hitched to a donkey named Paco, we arrived at the pool after a bumpy and fun ride through the jungle. A deep hole with a ladder reaching down about six meters to the water, this was the first cenote we bathed in, and it couldn’t have been more beautiful.

Our day at Hacienda Temozón was everything we had hoped it would be. It’s a luxury hotel, so you can’t expect to book a room on the cheap. But you can expect a relaxing stay in a lovely and historic setting, hearkening back to another age. 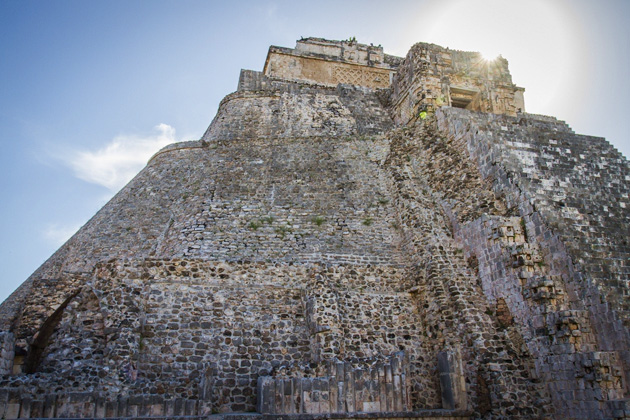 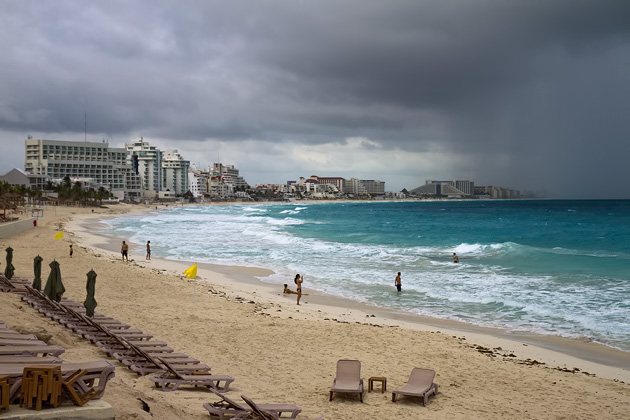 It's Friday Night and You're in Cancún

February 4, 2014
The Life of a Baron in the Hacienda Temozón The gate of the Hacienda Temozón functions like a time machine, transporting you to an age when the Yucatán was among the richest areas in the Western Hemisphere. The henequen boom was a period of unimaginable wealth for the Yucatán... if, of course, you were among the lucky few who owned land.
Michael Powell
For 91 Days
LEAVE A COMMENT