After One Month in the Yucatán 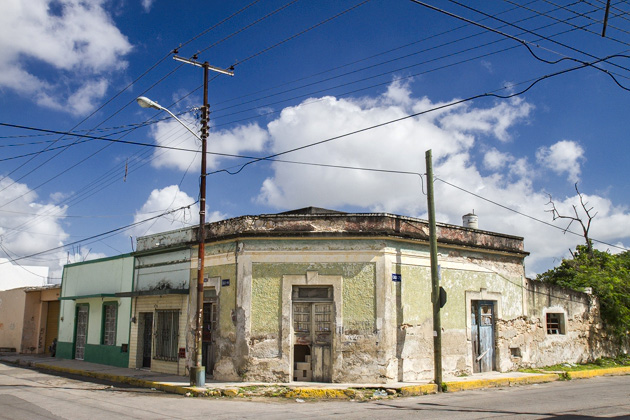 After One Month in the Yucatán

Unlike a lot of places we move to, Busan or Idaho for instance, we were fully confident that life in the Yucatán Peninsula was going to be wonderful. It didn’t take anywhere near a month to confirm that. We spoiled ourselves with wonderful cuisine, explored Maya ruins, relaxed on the beach, and started to learn about our new home. They were an eventful 30 days, and I didn’t know whether to be excited that we still had another two months to look forward to, or disappointed that we were already a third done.

Mike: One of our first days on Cozumel was spent scuba diving, and then taking a trip to the Cozumel Pearl Farm. The weather was gorgeous, we were with fun people, and while sailing back in the direction of a beautiful Caribbean sunset, I knew that I would always be able to look back on the experience as one of life’s few perfect days.

Jürgen: Learning to dive is something I will never forget. And doing the first fun dive made it all worth it. Scuba really opens up a whole new world.
Favorite Food

Mike: I’d like to say “Yucatecan Food” in general, but that’s a cheat. So, I’ll go with panuchos, more of a snack really, which I’d never heard of before. Panuchos are corn tortillas sliced open and filled with refried beans, then covered with shredded chicken or turkey, onions, avocado and jalapeños. Runner-up: poc-chuc.

Jürgen: All Yucatecan food is great (except for papadzules, which I don’t like). But if I had to choose one dish to eat every day for the rest of my life: Huevos Motuleños. And I love Chaya everything! And Lime Soup!
Most Surprising

Mike: Discovering that Mayan is still spoken by over 10 million people. I had always considered the Maya a “lost” civilization and just assumed that the language had vanished with them. But people — a lot of people — speak Yucatec Mayan as their first language. I was so confused the first time I heard it on the streets.

Jürgen: How many cenotes (sinkholes / caves) there are. It’s like someone decided this is going to be the Swiss Cheese part of the world. I can’t wait to explore more.
Most Disappointing

Mike:I’m most disappointed in the lack of Americans I see in the Yucatán. There are a ton of Germans, French and British tourists, but almost no Americans. And this is basically our backyard! I think American media has been shameful in ruining Mexico as a tourism destination… most consider the country too dangerous, as though the Yucatán has anything to do with Ciudad Juarez. It’s like equating Vermont with Detroit.

Jürgen: Well, I contracted dengue and was out of commission for a few days. That was no fun. At first I thought I had a common flu, but once my fever went down I developed a rash. So I researched, and discovered that I had all the symptoms of dengue. Luckily, it was only a mild case. My advice is: don’t freak out about the possibility of contracting dengue, and just try your best to prevent mosquito bites.
Funniest / Weirdest

Mike: We went to a restaurant in Mérida and there were seven different waiters all vying for our attention, trying to get us to sit at their table. It was bizarre. Walking through this restaurant, and having so many people begging us to sit… here! No, sit over here! No, [waving] this is the best corner over here! I suppose they don’t split tip money. We were the only customers in the place and when we finally chose a table, the triumphant waiter lorded it over the others.

Jürgen: When we came back from exploring the Ruta Puuc we got pulled over at a police checkpoint. The cop was talkative, and wanted to know where we came from and what we thought of Mexico. We popped the trunk and everything, but he didn’t even check our bags… I think he was bored and just wanted to chat!
How Expensive? From 1 (cheap) to 10 (expensive)

Mike: 3. Life in Mérida is cheap, cheap, cheap. Cheap housing, cheap food, free museums, free culture. You can splash out if you want, but you certainly don’t have to.

Jürgen: Food and housing is cheap and street food is very affordable. Some of the sights and activities can be expensive but not all of them. So there is something for every budget. I would give the Yucatan a 5.
People from the Yucatán Are…

Mike: … friendly, of course, but unbelievably loud. In Mérida, every store blasts Mexican pop at decibel level 1000. Even the supermarkets! But my favorite purveyors of noise are the “advert vans” outfitted with loudspeakers that cruise up and down the streets at all hours.

Jürgen: … extremely polite. I didn’t expect people here to queue up for the buses like they would in the UK.
The Yucatán in Three Words 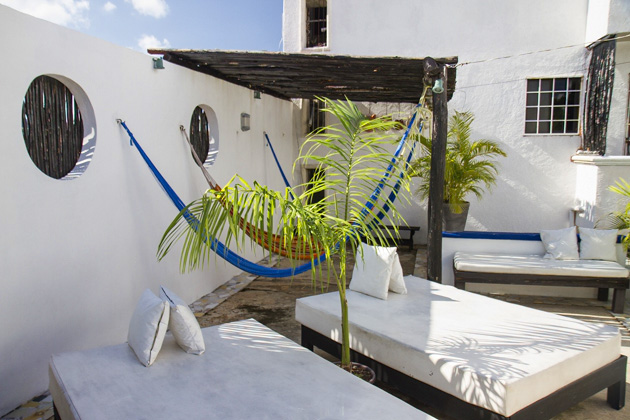 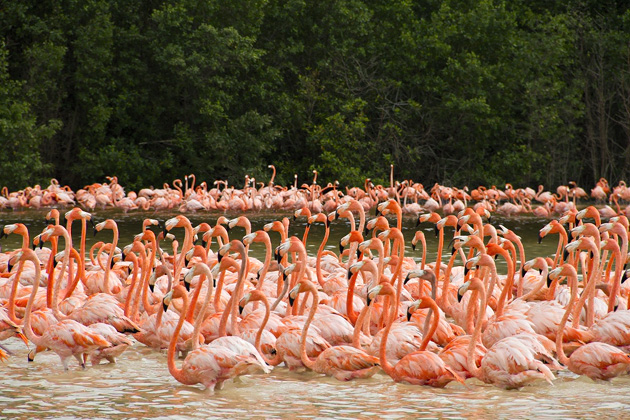 Crocs, Snakes and Flamingos at Celestún

February 3, 2014
After One Month in the Yucatán Unlike a lot of places we move to, Busan or Idaho for instance, we were fully confident that life in the Yucatán Peninsula was going to be wonderful. It didn't take anywhere near a month to confirm that. We spoiled ourselves with wonderful cuisine, explored Maya ruins, relaxed on the beach, and started to learn about our new home. They were an eventful 30 days, and I didn't know whether to be excited that we still had another two months to look forward to, or disappointed that we were already a third done.
Michael Powell
For 91 Days