The eastern coast of Cozumel is completely different to the west. It has none of the calm, crystal blue water, nor anywhere near the tourism. After stopping in at Cozumel’s original town, El Cedral, we took a short drive up the coast and ended at a rollicking bar named Coconuts.

To most visitors, Cozumel feels small. Its true size is obscured by the fact that almost all the sights and services are concentrated around San Miguel. But once you take the time to venture out of the city, the island reveals itself to be surprisingly large. The vast majority is uninhabited, and much of it is protected from further development by law.

Although ocean-front San Miguel has become the island’s biggest town, it’s not the only one, nor was it the first. We drove inland to visit El Cedral, where Cozumel’s original inhabitants settled down. Save a beautiful old church and a statue of a traditional dance which somehow involves a pig’s head on a platter, there’s not much there today, but it provides a nice reminder that Cozumel isn’t all cruise ships and scuba divers.

Past El Cedral, we came to the island’s eastern edge. The waters are rougher here, with craggy rocks lining the coast, and it’s not as favorable for snorkeling or swimming. We stopped at a few of the beaches, including one packed full of families sitting around coolers. This, it seems, is where Cozumeleños come to escape the crowds.

We ended our day on the eastern coast at Coconuts. Set atop a cliff overlooking the sea, this is the kind of place where the music is loud, the customers are foreign, and the atmosphere is drunk. Or the music is foreign, the atmosphere is loud and the customers are drunk. Idont’membrph. We had a blast here. Maybe after all the sight-seeing, we were ready for some fun. Maybe it was the crocodile they keep in a cage. Maybe it was the games.

When we entered, I saw a guy trying to swing a ring dangling from a string onto a bull’s horn. “I’ve been playing this game all night,” he said. “It’s impossible.” I took the ring from him and said, “Watch, I’ll hit it on my first try”. And I actually did! (Amazing in itself, since I’m terrible at games like this.) The bartender applauded and gave me a free tequila shot, and when I turned to celebrate with my new friend… he was gone. I scoured the restaurant, but the guy had vanished without a trace.

Within five minutes of entering the bar, I’d won a game of skill, drank tequila, made a friend and just as quickly lost him; it was an accurate preview of what would evolve into very boisterous night. By the time we took our leave, I’d done a couple more shots, drank more than a handful of beers, eaten a plate of delicious tacos, and had a long conversation with a death metal singer in perfect Spanish (at least, it sounded perfect to my inebriated ears). A fun evening out on a side of the island most people don’t get to see.

-Best Way To Get Around Cozumel: Rent a Jeep! 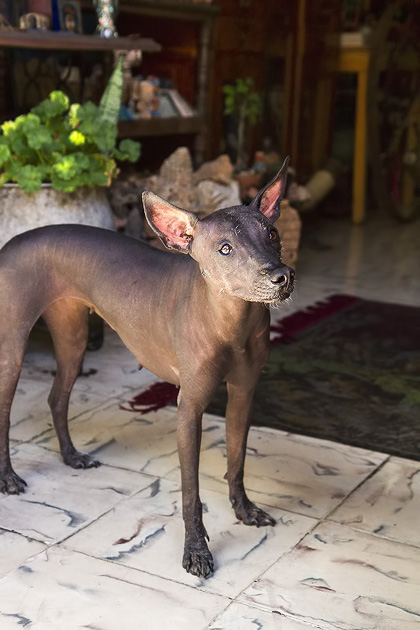 Say Hola to the Xolo 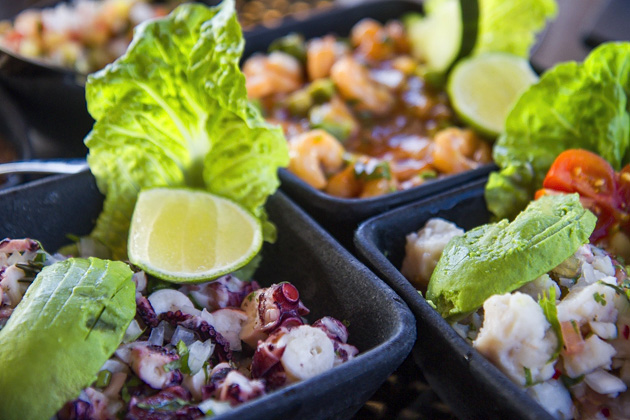 February 4, 2014
El Cedral and Cozumel's Eastern Coast The eastern coast of Cozumel is completely different to the west. It has none of the calm, crystal blue water, nor anywhere near the tourism. After stopping in at Cozumel's original town, El Cedral, we took a short drive up the coast and ended at a rollicking bar named Coconuts.
Michael Powell
For 91 Days