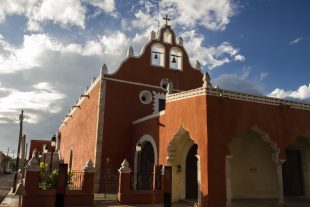 We spent two nights in Valladolid, the second city of the Yucatán state. Found two hours due east of Mérida, near Chichén Itzá, it’s a magical place… and that’s official. In 2006, Mexico added Valladolid to its honorary list of Pueblos Mágicos, only the second town in the Yucatán to win the honor, after Izamal.