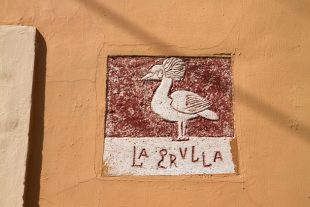 When founding cities around the Yucatán, the Spanish were nothing if not organized. Mérida’s streets are laid out on a perfectly square grid, with a naming convention that is logical almost to a fault. North-south streets have even numbers which increase as you head west, while east-west streets are odd numbers which increas as you head south. So the street to the east of Calle 54 is Calle 52. If you’re on 44/73, and go one block north then one block west, you’ll be on 42/71.