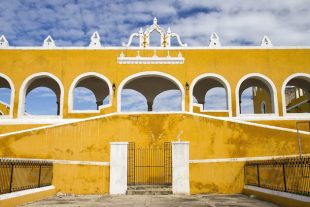 Izamal is a small city and you don’t need a lot of time to familiarize yourself with it, but you will need sturdy legs. Both of its main sights, the ancient Maya pyramid Kinich Kakmó and the somewhat-less-ancient Convent of San Antonio de Padua, involve a lot of stairs and climbing. 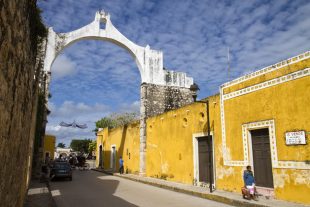